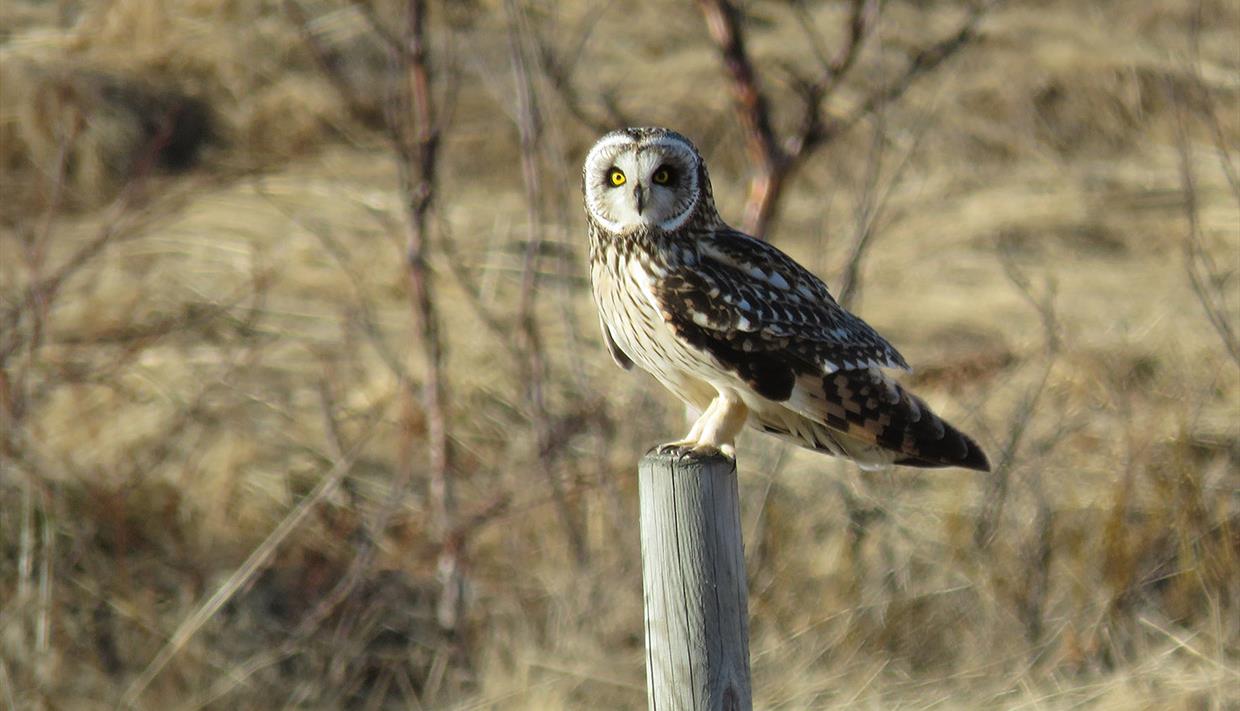 You are here Things to Do > Birdwatching - Stølsvidda

Stølsvidda is a lower alpine plateau just at the tree line west in Valdres. It lies roughly between Tisleidalen to the southeast, the River Tisleia and Lake Tisleifjorden to the southwest, the Road Panoramavegen to the northwest and the main valley with lake Strandefjorden to the north. This is Valdres' realm of mountain farming with many summer mountain farm that are still in use even today. Cattle and goats graze freely during summer. The best areas for birdwatching lie to the south and southwest with the triangle between Furuset, Gauklia/Brattåsen and Langstølen as the core area.

On Stølsvidda you will find a rich birdlife that spans from forest species like Capercaillie and Siberian Jay, open wetlands with a number of waders and breeding cranes to owls and raptors. The area is best explored from the car by driving on the farming roads with some stops along the way. Use your car as hide and bring a telescope. A popular round drive, among local birders called "the pizza circuit", is to drive to Tisleidalen and from the Joker store to follow the road Tisleivegen via Hermannstølen, Fløten and Furuset to Langestølen and from there to Vaset - either via Tyrisholt and Brattåsen or via Nøsen and along the road Panoramavegen - from where you return to Fagernes. Side trips and detours via Gauklia and towards Jaslangen are recommended.

Tips: Start very early in the day, preferably before sunrise from the Joker store, and use the whole day in the area. The Black Grouse lek is often over an hour or two after sunrise.

Directions: Via Tislevegen (toll road), exit from road 51 at the Jokers store in Tisleidalen or from Vaset via Road Panoramavegen (toll road). The toll fees can be paid by credit card.