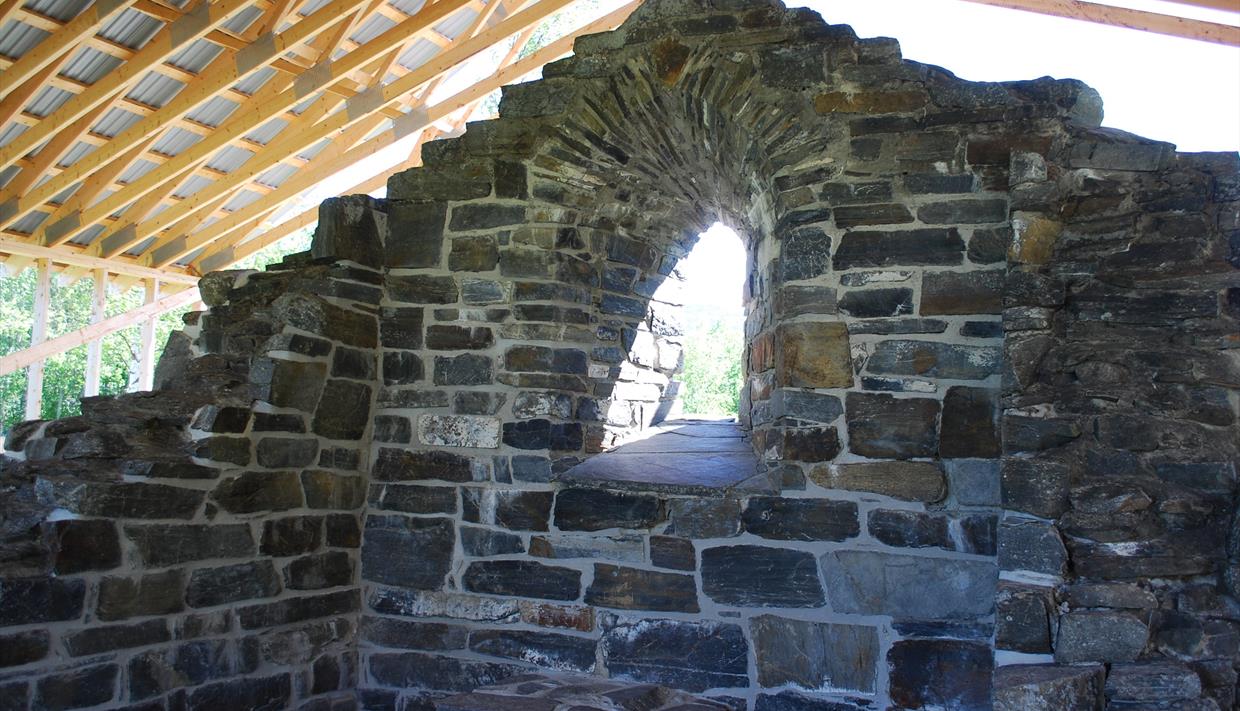 You are here Things to Do > Mo Church Ruin

Mo church ruin probably date back to around 1215, and this may well be Norway`s smallest free-standing stone church from medieval times.

It is believed that it was originally a privately owned church. However, Mo parish is mentioned in both 1368 and 1400. The oldest coins found are form King Sverre`s reign 1177-1202, and the most recent ones are from reign of King Hans who died in 1513. These indicate the period during which the church was in use.

The church was probably in use until the Reformation, but in 1743 all that remained were tall ruins which slowly became covered in earth and vegetation.

During the period 1972-1977, the ruins were dug out and restored. Service is held in the ruins once every summer. The full outline of the church is now clearly visible. Behind the altar, the wall has been rebuilt with a gothic window and main altarpiece.

Among the finds were three pieces of medieval gravestones from around 1200, decorative fittings and part of a brass bell from the Middle Age. North of the church, skeletons of five young women were discovered. They were approx. 25 years of age and around 1,5 meters tall, and this could be a mass-grave from the Black Death period in 1350.