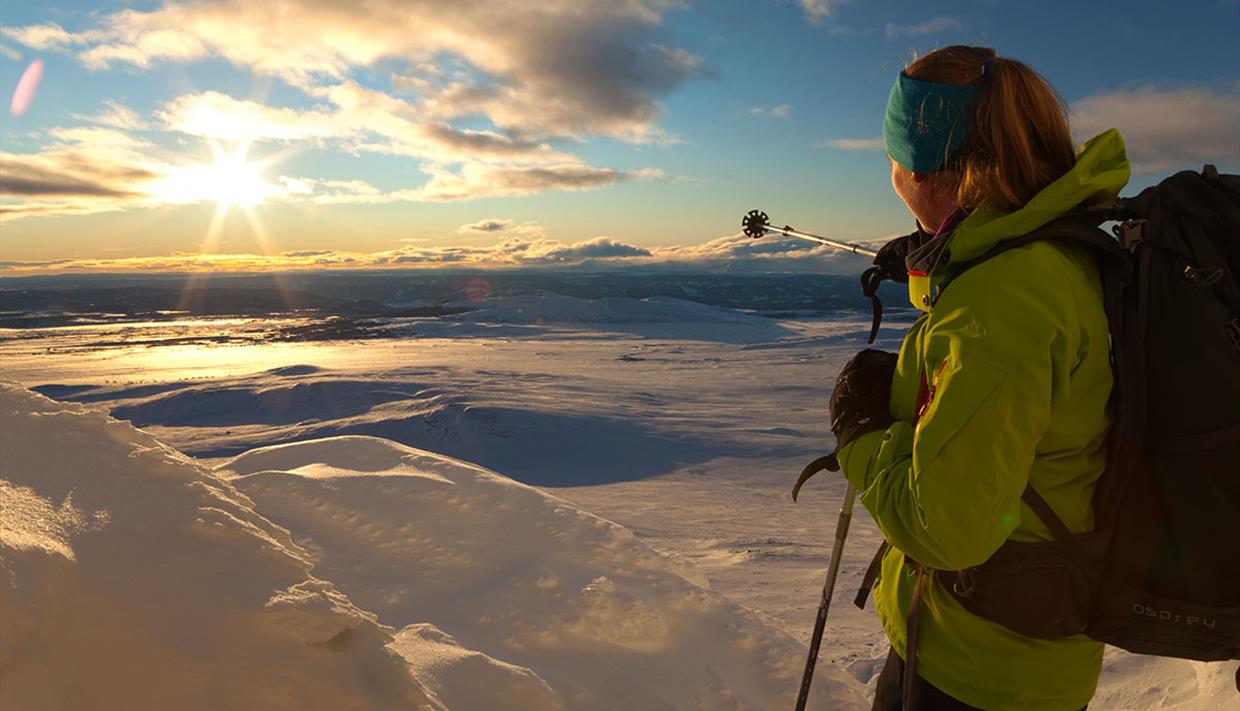 You are here Things to Do > Ski tour to Skaget

Skaget is a very popular mountain ski tour among Back country skiers due to its long and relatively flat access but is also suitable for randonnee equipment. The mountain rises high and free over the surroundings and offers a spectacular wide view over the eastern and northern parts of Valdres and the eastern parts og Jotunheimen.

Directions and tour description
Exit road 51 at Heggenes and follow the toll road in the direction of Yddin to its end. During winter, this is at Selstølen where there is a large parking place. The first good kilometre you can use the groomed track that leads north, but after crossing the River Kjølaåne on the bridge the ski track turns west. You may follow it a little further, but sooner or later you will have to leave it and turn north to cross the plateau south of Skaget. Keep roughly in the middle between Vesleskag and Kjølastølen and pass the hill Vesleskaghøgde on its western side. Finally the climb starts, at first approx. 100 hight metres to the saddle of Skagstrøne until you are approx. 1300 m.a.s.l. Now you turn east and ascend towards the summit on the west shoulder of the mountain. Depending on the snow conditions and ones own downhill skiing abilities, one might prefer to leave the skies approx. 100 m beneath the summit and accomplish the rest of the ascend, which is considerably steeper, on foot. Run downhill along the same route.

Under good conditions experienced skiers may want to choose a steeper, more direct route up the southern face. In that case, pass east for Vesleskaghøgde, but ascend/descend west of the southern shoulder of Skaget, called Kringlehøgde.

Please be aware that avalanches can occur in hillsides with inclinations lower than 30 degrees and that is is you who is responsible for making the right choices.

Safety: Skaget on skies is an off-piste mountain ski tour. Read our safety information here before you set out.