To provide you with the best experience, cookies are used on this site. Find out more here. 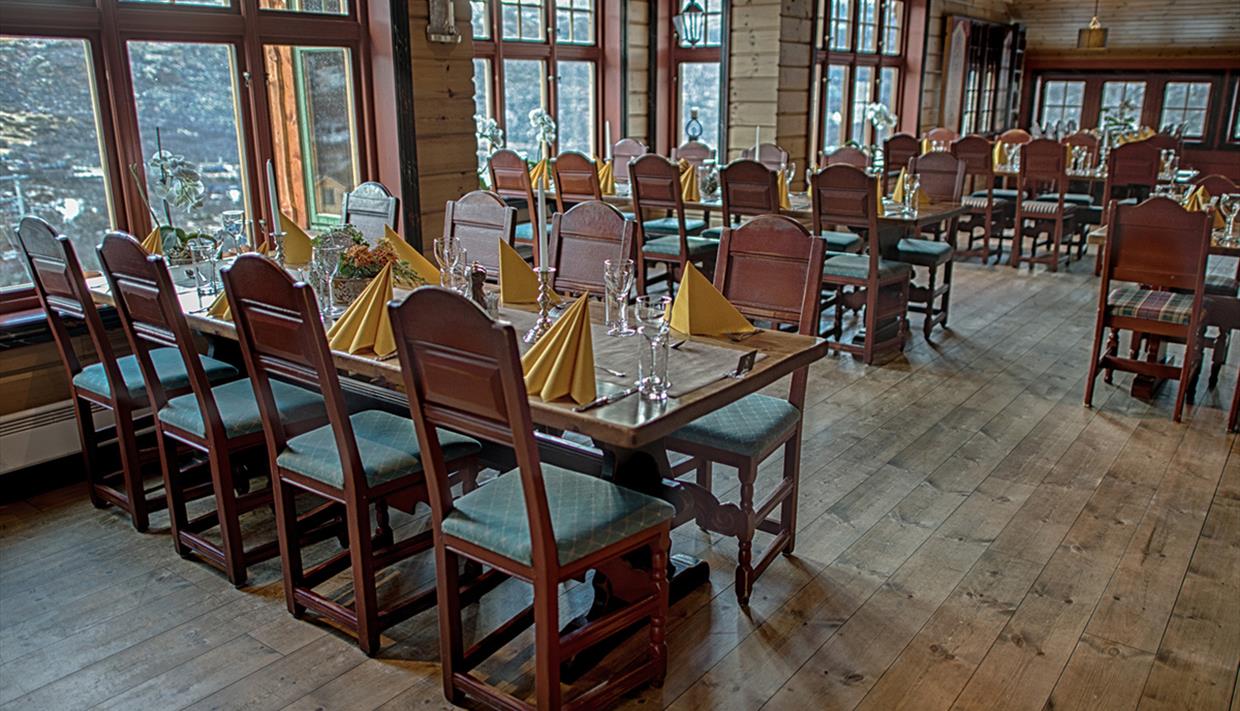 You are here Plan Your Stay > Filefjellstuene

Filefjellstuene is located 900 m.a.s.l, by the old "King's Road" connecting East and West. It is easily accessible from the E16 between Oslo and Bergen.

Many hiking and biking opportunities during the summer in Jotunheimen, and you can take a day excursions to the Sognefjord. During the winter season, it's "ski-in, ski-out" to both the alpine center and cross-country trails.

Filefjellstuene has a cozy atmosphere, with decorations by the well known local painter, Sigmund Årseth.

14 high standard, comfortable cabins suitable for 8 - 12 persons.
Most of the cabins have a fireplace, and a large terrace with a spectacular view of the mountainside. In total, Filefjellstuene has 186 beds.

At Filefjellstuene, old food traditions are kept alive and the well known Norwegian Chef, Arne Brimi, has been the main source of inspiration. In 2002 we were on the list of Norway's top 50 restaurants and in 2003 we received the Valdres Travel Award.